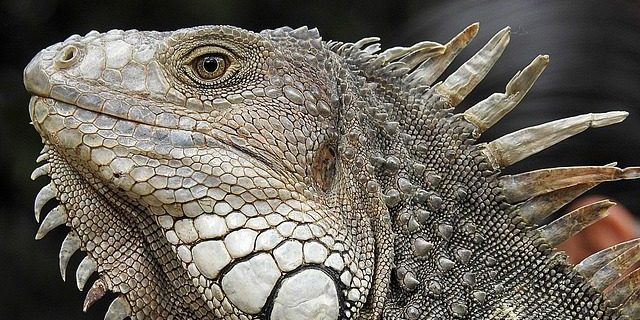 So, I admit it, I am one of those drivers that talks to all of the others on the road, and it’s usually not very kind. This could be, in part, because I live in the greater LA area, where driving has become – practically – a blood sport. Cars (usually trucks, dare I say) keep about two feet off of the rear bumper, and are typically driving well above the speed limit, typically 80 mph or more. The brave souls that dare to ride motorcycles are allowed to weave in and out of the carpool and other lanes. Some of us have a name for the motorcyclists – organ donors.

When my two older children married, and carried on the habit they learned from “dear old mom,” their respective spouses looked at them like they were crazy. Of course, my cubs thought it was normal to talk to the other drivers; whereas, their spouses did not. Oh well.

I am not a scientist; however, I have read that our “quick to anger” response comes from the early days when we crawled out of the swamp onto the land, hence, lizard brain, or, for our male counterparts — from their hunting brains – focused, alert, and quick to kill or be killed. Since I would have been the “gatherer” as part of the hunter-gathered pairing, I prefer to call it my lizard brain.

Exercising my lizard brain in the car alone seems harmless enough, doesn’t’ it? Yet, I find it isn’t: my blood pressure goes up, I am apt to do something silly while driving (a la quien es mas macho?), and, basically, it just makes me feel bad. I can’t even listen to the news – fake or real – because that often makes my blood boil, too. Podcasts can be distracting, and heart-stomping rock music can do just that – make my heart stomp. So, there’s either classical music or a book on CD in my car.

In his book Linchpin: Are You Indispensable?, Seth Godin talks a lot about the term “lizard brain” (also known as “reptilian brain”) to refer to the most primitive part of our brain, where the instincts reside that warn us of danger. This old part of the brain allows us to react to a threat in an immediate and automatic way, without the rest of the brain processing information, thus gaining a split second that has allowed our survival for millions of years. Today, in a world in which these threats are not exactly the order of the day (we have our predators pretty well-controlled and we don’t live in such a hostile environment), this “survival instinct” that has hardly evolved, rather than help, often hurts us. Amen when it comes to my “driving lizard brain.”

Controlling the Lizard Brain while driving: The How To’s

Tip #2: Be Strategic: What is the Goal to be Achieved?

Tip #3: Listen to Something Calming

There are so many options; investigate them all and decide what is the most calming for you.

Many areas have transportation infrastructures that move people efficiently and effectively. Although Los Angeles was extremely late to the game, (unless one considers that the long-ago redline cars were jettisoned for freeways), even with a nascent metro system, options abound:

Tip #5: Rise Above It: Put Road Rage Into Perspective

It’s interesting to learn that there are evolutionary reasons for our too quick to respond emotional reactions while driving. At least we know there is a reason for it. However, at the end of the day, giving into the lizard brain often does considerably more harm than good, especially while driving. To summarize: