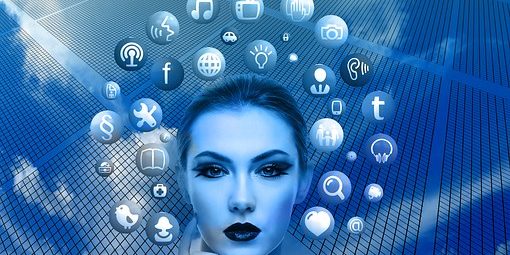 Articles abound as to why individuals don’t – or won’t – delegate. Whether in the Harvard Business Review (July, 2012), or the Huffington Post (August 2015), or a variety of blogs and posts, leadership trailblazers cite numerous reasons, numbering from as few as five to as many as nine to 10 to 14.

All are explanations (perhaps excuses) that make sense. My favorites are the following six:

This blog is a sister to the guest post that Julie Winkle Giulioni graciously published today on www.juliewinklegiulioni.com. Thus, if you read the two, the vital tips will look familiar; however, the example is different.

Delegation is a Vital Skill Set for Managers — The Five Vital Tips:

Tip #1: Delegate to Results, Not Process: Be Strategic

Imagine that the CEO of a traditional company met with the HR VP in January of one year, requesting that she develop a new, more cutting-edge compensation program for implementation January of the following year. The HR VP (respectfully) quizzed the CEO on what his goals or objectives were. He readily answered that he wanted a program that: 1) had money at risk to the employees in the form of bonus potential; 2) compensated employees for both the value of the job and their respective contributions; and, 3) was embraced, or at least understood and accepted by the employee population.

Armed with the three concrete goals, the HR VP delegated the project to the Compensation Manager, indicating that he should come back with the completed and proposed program in September of the current year, to enable time to present it to the C-Suite for approval and implementation in January of the following year. Although the HR VP knew that the Comp Manager was skilled, she also knew that he tended to “over-commit” and at times, “under-perform.”

The HR VP was a seasoned executive who had delegated many a project – both large and small – and had learned from her mistakes. This time, she followed tips two through five.

The HR VP met with the Comp Manager, outlining the three goals, and the time frame, indicating she would remove from his plate all other projects. She also:

Tip #3: Provide the Tools to Get the Job Done

To ensure this high-priority project would be completed on time and to the CEO’s specifications, she:

Tip #4: Check in Without Hovering

The HR VP wanted to monitor the project’s progress and to do whatever she could to make sure it met the goals and objectives. She also knew that looking over the Manager’s shoulder could be counter-productive: it could add stress level to the Manager and might inhibit him from doing his best work.

Yet, she also knew that delegating such a big project could be risky for her, so she wanted to ensure the project and all of its component parts were on track. So, she:

Within two months, the project was back on track. To ensure it stayed on track, the HR VP kept the weekly check-in meetings.

Tip #5 Resist the Temptation to Substitute Your Excellent Solution

The Manager’s proposed compensation plan met the CEO’s overarching goal, that is, the program satisfied the three aims, had employee buy-in and was ready in time for C-Suite presentation. Ultimately, the program was implemented as proposed and delivered. The HR VP had a different idea on the payment at risk/bonus component of the Plan, and it rankled her that the Comp Manager disregarded her recommendation in favor of the one he proposed.

Nonetheless, the HR VP resisted the temptation to substitute her own idea, for she knew that had she done so, the year-long effort to mentor the Comp Manager would have been for naught. And, his idea met the CEO’s goal – it just wasn’t what she wanted.

End of the Story:

By having followed the five vital tips for delegation, the HR VP accomplished: