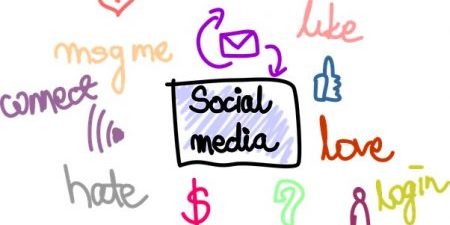 In this day and age of technology at our fingertips, methods and modes of communication come in a variety of formats: emails, Facebook, Instagram, WhatsApp, LinkedIn, Twitter, and websites, including personalized websites, to name a few. The list goes on and on, and it’s growing in leaps and bounds. While technology is handy, it can also get us into trouble. How many times does someone respond almost immediately to an electronic communication, and then wish she or he could retract it?

This blog focuses on tools for managing the rapidity of these communications – which are ubiquitous in today’s society – and is the first of two on the topic. Today we’ll tackle the importance of “thinking first and communicating second.” Next week’s blog will focus on the strategic use of titles predominantly in emails; the use/misuse of the copy (cc) function; and, the use/misuse of acronyms and emojis.

Avoid the Impulse to Get it Off One’s Chest:

When confronted with uncomfortable information, all of us have the tendency to react out of emotion, particularly if we feel angry and/or threatened by a perceived accusation – whether implicit or real. With the speed of technology, we often respond immediately, or nearly immediately with a communication we later regret. Although we may feel better — we got it off our chest — upon reflection, we would have written it differently, and it doesn’t feel nearly as good as it did before.

In the “good old days,” when that same uncomfortable information arrived via a letter, memo, or note, and we responded in the same communication method, we had time to reflect: to think first, and communicate second. Whether the communication was written by hand or using a typewriter or computer, the writer had to formulate her or his ideas first and then reduce them to writing second. Employing that same discipline today – taking the time to reflect first, and write second, would go a long way in reducing uncomfortable, even regrettable communications.

Carla Customer believes that Sam Service provider has failed to live up to his end of the bargain. Carla, a business consultant, contracted for Sam to send out marketing materials for Carla’s consulting firm. For his part, Sam promised results with specific deliverables defined by metrics: his firm would send out 100 ads to a targeted group of those with a track record of consuming Carla’s type of expertise, and she would convert no fewer than 20% into paying clients. To date, less than 15% of those Sam contacted were converted into paying clients for Carla. The Agreement covered a three-month time frame with three equal monthly payments. Carla made two of the installment payments, and withheld the third payment pending Sam delivering the promised results. When this did not happen, Carla sent a series of emails outlining where she believed Sam had fallen short, asking him to rate his firm’s performance, and indicating she was awaiting Sam’s firm to perform as agreed.

Carla’s first email stated: “Hi Sam, hope all is well. I notice that to date, 15 new customers have contacted me, and of those, ten have been converted into paying clients. This is about 50% fewer clients than agreed to. (Recall our conversation of August 15th when it was indicated I could expect no fewer than 20% new paying clients.) I would be happy to submit my third payment once the client threshold is reached.”

Sam’s first email: The communication was an invoice for the third installment.

Carla’s second email: “Hi Sam, I hope you are having a great day. I’m not sure if you saw my first email; however, I am awaiting the firm to deliver on the other 10% paying clients promised before I submit the final payment. Along those lines, I’m wondering how you rate the performance of the team? Thanks. I am eager to hear back from you.”

Sam’s second and third emails: Rather than respond to the content of Carla’s emails, Sam attempted to set up a telephone call, by stating: “Carla, I will have Sharon Secretary contact you about setting up a call. She has my schedule and can give you some time frames for us to discuss the outstanding payment,”

Carla’s email to Sharon Secretary: “Hi Sharon, as it turns out, I am not available any of the dates or time frames Sam is. Also, I prefer that he respond to me in writing.”

Sam’s fourth email to Carla: “I’ve been trying to reach you for several days now and am getting frustrated. In fact, I’m exhausted. What’s the deal?”

Carla’s next email to Sam: “I’m shocked you would treat me that way? I am your customer, and in my business the customer is always right. I have plenty of other service providers I can use. The way I see it, you have a decision to make: the firm can deliver the results it promised and I will pay the final installment, or the firm can choose not to deliver, and to forego the final payment and we can part ways amicably.”

What Went Wrong? Before we answer that, let’s work through all of the tips.

Be Strategic: What’s the Goal of the Communication?

Responding in the moment, rather than thinking first and communicating second frequently defeats the aim or goal of the communication. Reviewing the chain of emails between Carla Customer and Sam Service Provider, what are the goals each is trying to achieve? Carla’s goal is to get Sam to deliver, or, to reduce his fees. Sam’s aim is to get Carla to pay-up.

Did Carla’s email communications meet the test?  Did Sam’s?

Does it Pass the LA Times Test?

Use the Draft Function: Write it Now and Review Later:

One can always write it now, and then place it in a draft folder to review later. Following this practice/discipline allows the writer to “get it off her chest,” with the initial response, and then to read it after time has elapsed, thereby allowing the author to think about and to consider whether it satisfies the goals. If the author is still unable to answer this question, then she or he should follow today’s final tip.

When all Else Fails, Ask Another to Read it and Give Feedback:

This presents an opportunity for the communicator to rely upon someone’s trusted advisor and to ask him or her to read the draft communication and explain what he or she understands it to say. The author can then explain what she or he hoped to accomplish with the communication. It’s important to hear the advice and to take it when the disconnect is vast. This practice can net results.

In Reviewing Carla’s and Sam’s Emails: Did they Pass the Test? Did They:

Carla’s Emails: Carla Customer’s first emails met the mark: they were thoughtful, fact-based, strategic and passed the LA Times Test. Sadly, her last email to Sam appears impulsive, emotional and a bit defensive. Wouldn’t it have been more impactful and designed to achieve her aims had she said . . .

“Dear Sam: It appears we have two different understandings about how our Agreement was to have worked. Because of this, I prefer we conduct our communications in writing – to avoid further miscommunication. I have written several times my concerns, which have to do with the difference between what I understood we agreed to – that my firm would get a minimum 20% return on my investment by acquiring at least 20 new paying clients – and what was delivered, or 10%, which is half of what was promised, or 50% fewer paying clients. My goal is to have your firm deliver what was promised or to forego the final payment.” Sincerely, Carla Customer

Sam’s Emails: Unfortunately, none of Sam’s emails met the mark. Had he followed the tips that demonstrated he had been “thinking first and communicating second,” he may have achieved his goal of receiving payment. Instead, his lack of responsiveness and display of frustration served to persuade Carla Customer that she would need to go elsewhere to have her marketing needs met.