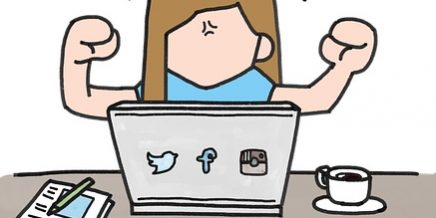 In last week’s blog, the focus was on the very human impulse to respond to social media in the moment – often without thinking first. We might even experience the high of “getting it off our chest,” and later – upon reflection – regret what we said, and/or how we said it. Simply stated, we neglected to “think first, and respond second.”

The How-To’s – The Use/Misuse of the Copy (cc) Function:

Do Those Copied Need to Know: What’s the Goal of the Communication?

Distilling the discussion to its essence, it’s critical to be strategic and determine what is the aim or purpose of the communication? Once that is determined, then those who have a legitimate need to know will become evident.

What’s the Perception of Those Copied who Don’t Need to Know?

Often those who really don’t need to be copied are senior to the sender. When that happens, the perceptions are not very favorable to the sender and range from: “can’t he handle this matter on his own?” “Is this an attempt to blame shift (or tattle tell) – to get the object of the communication in trouble?”  “Did the sender have all of the necessary information before launching this email?” “Couldn’t he have handled this matter differently?” “Next time, I’ll put his emails near the bottom of my list to open.” “Need to remember this for appraisal time.”

Helen HR VP assigned the benefits consolidation team to determine whether the current health care program was “providing the biggest bang for the buck.” Terrance team member completed his part of the team’s assignment, which was to review the current provider’s escalating costs over the past few years, and to project what they would likely be for the next five years. He completed his part on time, and handed it off to Tamara, who was researching three new providers. Terrance was annoyed that Tamara missed her agreed-to due date, and thought it would reflect poorly on him. He sent an email to Tamara stating “Tamara: I sent you my part of the assignment on time and you haven’t completed your part of the team project. When will it be done? This could set the team back and our promised deliverables to Helen.” Terrance copied all of the team members and Helen HR VP.

As it turned out, Tamara was also working on another priority project, and Helen had given her a few extra days to complete her research on potential new providers. Helen indicated she would let the balance of the team know. However, Helen forgot to do so. Terrance did not know this.

Helen’s response to having been copied on Terrance’s email was not positive. She concluded that the goal of Terrance’s email was to get Tamara into trouble, and to make himself look good. She also concluded that Terrance did not have all of the facts, and had he either talked to Tamara directly, or asked the question electronically without having copied her, Terrance would have found out what happened.

The How To’s: The Use/Misuse of Emojis and Acronym’s:

Virtually all social media have a function allowing the sender to use emojis. Their use can be a huge time-saver when the intended receiver of the communication understands what the emoji symbolizes. Similarly, acronyms – when understood – are a huge time-saver. Yet, the sender doesn’t always know whether the receiver understands what the symbols mean. With friends and family, we typically have a common understanding; however, when at work or without advanced knowledge of the intended receiver of the communication, it’s better to avoid both. Misinterpretations can lead to misunderstandings, which, in turn, can lead to unintended consequences.

When in Doubt, Write it Out

When the writer is unsure as to whether the receiver will understand the emoji or acronym, err on the side of over communicating by writing it out. It may take a little longer; however, it will go a long way to ensuring the receiver understands the intended communication.

Recently, I was texting with a friend – Gail — about two separate matters: one had to do with an arrival time to attend a fundraiser together, while the other was the need for my friend to select and designate a break-out session for an upcoming author’s conference. I had volunteered to put together a table for the author’s event, and needed to know which break-out session each participant wanted to attend. In the course of texting, my last communication was a question as to when I might expect Gail to arrive so we could go to the fundraiser. Her response was: Eta Rum. I was confused, knowing that ETA meant “estimated time of arrival” but what was the Rum all about? When I expressed confusion, Gail responded with “that’s the name of the break-out session.” This was a humorous miscommunication and readily resolved; however, it reinforced to me the need to be clear and to be wary of emojis and acronyms. My response to Gail was “Oh – how funny; I thought it was ETA (as in estimated time of arrival). I am going to use this in my blog.” And, as it turned out, there was a typo in the text – the name of the author for the breakout session was Etaf Rum. Although a humorous personal tale, had this been at work, it could have caused concern/annoyance.

The How To’s” – The Need to Monitor the Subject Line . . . and to Change it When Relevant

Read the Subject Line Before Responding and Change it, When Needed

The Pitfalls When Failing to Change the Subject Line

Very simply, the reader will glance at it – particularly when it’s a group email and the reader has already responded – and delete it. The initiator concludes variously that the recipient/s doesn’t care, or the previous response stands, or his or her note is unimportant.

The Value in Using a Succinct Accurate Subject Line

Frequently, the goal of a communication is to get a response. If this is true, it’s easy to use the subject line as an impactful request: “Samantha Smith Here, Need an Answer in 24 Hours” succinctly describes what’s in the body of the email, thus, allowing the reader to read and prioritize the request.

Using my having volunteered to put together a table for a local author’s event, it required: 1) sending a list to considerably more than the nine people needed to comprise the table of ten; 2) letting the recipients know that “first come, first served” would dictate who would get a seat; and, 3) once the group was comprised, providing a due date by which each needed to identify what break-out group each selected, as well as receipt of their checks to ensure attendance.

Result: All of the goals were met!