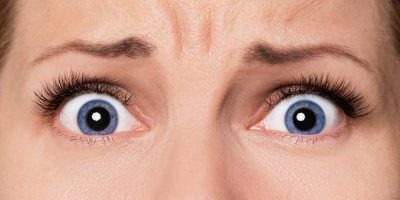 Unless it’s a birthday party, marriage proposal or a public display of gratitude by a boss, most of us don’t like to be surprised. Some don’t even like to be surprised with those three happy events! What about unhappy or negative events, situations or circumstances in the workplace?

Many of us are shy about divulging when we’ve goofed; in fact, many of us try to hide or minimize our mistakes, especially in the workplace and particularly with our bosses. That said, it’s safe to acknowledge that bosses don’t like to be surprised with slipups their direct reports make or any negative information that reflects poorly on the organization or them.

None of us is perfect, so it’s not if we make mistakes; rather, it’s how we handle them. Although not easy to do, we need to admit those missteps, share what happened with our bosses and apologize when warranted. Moreover, while this post is focused on the workplace, the recommendations also apply to all areas of our lives — be it within the family, close friends or associates.

Typically, if people goof, bosses will find out. Wouldn’t it be better if they learned about the mishap from the person who erred so the boss could handle the situation? Plus, if the boss is an enlightened leader, she or he would defend the employee when appropriate or accept responsibility for what happened. Notwithstanding whether the boss will find out, and how she or he might handle the error, shouldn’t our sense of ethics compel us to own up?

Many questions, many dilemmas and a few short stories. Rather than draw upon the tales of others, these two accounts are about me, and two important lessons learned about admitting my mistakes. While many more than two lessons were learned in these situations, two relate specifically to the subject of the post.

While practicing employment law in-house at a large corporation, I was part of the first cohort of internal labor lawyers and was given the opportunity to work across departments and organizational levels. After a brief period of time, I enjoyed a reputation for being a problem-solver and innovator.

So, when I was called into the office of a senior officer in a major department, I went alone — my boss trusted that I would represent the department and him well. As it turned out, I put my foot in my mouth and said something I shouldn’t have. To this day, I can’t remember what I said – it’s a mystery. Immediately after making the statement, I realized I had made a major mistake. I did not apologize. Rather, I left the executive’s office immediately.

On the walk back to my office, I thought “well, maybe it wasn’t so bad” and started to minimize the mistake in my own mind. Fearful that this error would cause me to slip in my boss’ estimation, cause my then growing positive reputation to sour, or at a minimum prove embarrassing, I reasoned that “if I just slip back into the office and find that my boss isn’t upset or even ruffled, I will have dodged that bullet, so I just won’t say anything.”

Sure enough, my boss was his usual easy-going self. “Phew,” I thought, “I made it; I’m safe and the officer must not have called him. I guess it wasn’t that bad.” My boss then asked me to join him and others for a nice lunch. Surely, he had no idea of what I’d said!

As it turned out, the senior officer had called the boss during my walk back to the office and had ripped into him. Months later, in November, during my annual performance evaluation, I heard all about the call, the anger and my obvious mistake in vivid detail, with a corresponding down-rating in my review. Of course, I was rather piqued, saying to my boss, “Why didn’t you tell me in February, when I could have repaired the damage?”

Although I felt strongly about that at the time (and also learned the importance of giving feedback promptly), it was really my responsibility, not his. I should have fessed up in February when I made the mistake, told my boss, apologized profusely and done what I could have to repair the damage.

The same employer had a large department focused on providing assistance through various local area offices. Like many organizations, each office had an overall manager with a second in command.

The manager I was called upon to help was a somewhat gruff, matter-of-fact person who called with an employment matter. In contrast, his number two was approachable, affable and quite talkative. When the latter called and wanted details on the employment matter, rather than find out if I could share them with the number two, or even question why he hadn’t asked his boss directly, I simply engaged in a far-reaching dialogue, only to learn that I shouldn’t have shared anything.

It turned out that the manager thought his number two was a gossip and that the confidential information would not have remained so. (The issue of why the manager didn’t deal directly with his number two, although was interesting, was irrelevant to my poor judgment.) Having learned the lesson from the previous situation, I immediately told my boss about what happened. Although sympathetic, he left the resolution of the matter to me, advising that the manager was an unforgiving sort. Great, I thought.

I was called into the customer service office to meet in-person with the manager. Clearly, he was going to “rip me a new one,” to use today’s term. The facility was about 120 miles north of the corporate offices, so I had plenty of time to think about what to say and how I might handle the meeting.

After agonizing on the long drive, and developing very sensible explanations, such as “in other customer service offices I’ve spoken freely with the number two“ or “it would have been helpful had someone mentioned that I should not speak to John,” I realized that none of the explanations that came to mind would be adequate.

After all, explanations often seem like excuses, designed to get the offending person off the hook.

I decided the easiest, best and most appropriate response was merely to apologize.

After I arrived and waited the requisite 10 minutes to be called into the manager’s office, I sat down and said, simply, “I apologize, I shouldn’t have spoken with John.”

As I recall, the manager was stunned, and didn’t know what to say. Clearly, he was ready to give me a piece of his mind. Nevertheless, my opening up with an apology blunted him. He relaxed, his body slumped in his chair and he said, “Just don’t do it again.” In that moment, I learned the power of apology.

None of us is perfect; we all make mistakes. By practicing the “no surprises rule,” we accept responsibility for our actions, protect our boss and department by giving him or her advanced knowledge and the chance to rise to the occasion and protect us, and, we do the right thing!