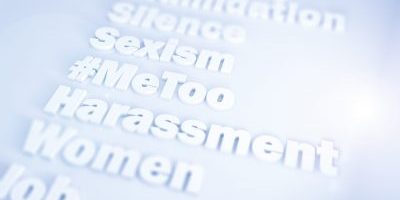 People meet, date, mate, get married, and break-up in the workplace all the time. After all, we are humans: We are attracted to others, whether at school, in social settings, or at work. And, although it’s true that some organizations have policies strictly prohibiting any form of fraternizing, these policies rarely work: dating and mating just go sub-rosa. The vast majority of organizations recognize that liaisons do or can exist and sensibly prohibit relationships in the chain of command. How do relationships get going? After attraction, flirtation, and subtle, or not-so-subtle moves, someone asks another person out. Our adventure begins.

What if the person who was asked out – let’s call her Carmen – doesn’t want to hurt the feelings of the person who asked her out – let’s call him Devon. Or, what if Carmen is afraid that if she rejects Devon, it will come back to haunt her in the workplace as retaliation. So, Carmen says “that’s so nice of you; I have plans for Friday night.” Devon asks her out again, and she says “that’s so nice, but I have to work late.”

Devon continues to ask Carmen out – seven times – and she continues to make excuses. Is that okay? Is Devon harassing Carmen? Carmen never said no to Devon. Should he have gotten the hint? Most of us would say “yes,” yet Devon just believed Carmen was playing hard to get. More to the point, how many times is it okay for someone to ask a work colleague out before it’s too many? Three times, four times? Asking someone out once would be okay, and ten times would be too many, but where on the continuum does it go from being okay to not okay?

What if Carmen told Devon the first time “thank you Devon, that is kind of you. However, I’m seeing someone else and am not interested in dating. Please don’t ask again.” If Devon asked a second time, it would be one time too many. Thus, not okay.

Does the law require Carmen to tell Devon not to ask her out? The answer is “no,’ precisely because it is recognized that individuals might feel uncomfortable, or be fearful of retaliation.

Employers would like employees to politely say “no;” however, it’s not required. Conversely, if Carmen wanted to pursue a sexual harassment claim against the organization, she would first have to alert someone in the organization that she believes she is being harassed, allowing the organization to handle it.

These situations are further exacerbated by another legal standard, which is what is required to prove harassment? Virtually all areas of the law require “act and intent” by the perpetrator. However, in the broad area of Title VII, the Civil Rights Act of 1964, including all forms of discrimination, harassment, hostile work environment, etc., the standard is the perpetrator’s act and the victim’s perceptions or feelings. WOW. How do we know what someone else is thinking or feeling: we don’t have crystal balls?

To better understand the differences in the proof required, think of homicide, which requires act and intent. If a motorist who is abiding by all local traffic laws, hits and kills a person who darts out in front of her car, that would likely be a pure accident, thus no criminal liability would attach: There was an act, but no intent. Homicide runs the gamut to “murder one,” when a person plans a homicide and carries it out. There is the act, and the intent to commit homicide. The person is just as dead in each example; however, the perpetrator would be treated vastly differently based upon intent.
If sexual harassment requires the perpetrator’s act and the victim’s feelings or perceptions, how does the perpetrator know when she has stepped over the line? Clearly, if the victim tells her to stop, then she must stop. If nothing is said, how would she know?  These “questions of fact,” require an administrative agency, a jury or a judge to decide.

With a few notable and highly publicized exceptions, in which instances of sexual assault (a crime) or clear “quid pro quo” sexual harassment (a civil matter) was alleged, much sexual harassment today falls within the gray areas. (Quid pro quo is a Latin term meaning “this for that,” where a person in power says to someone in a subordinate position “sleep with me or you’ll be fired,” or “if you sleep with me, I’ll hire you.”)

What about this? Molly MIS Manager runs a tight shop. She holds regular staff meetings, gives assignments with due dates, keeps her boss (Dick Director) in the loop, uses neutral language, and promptly gives employee reviews. Promotions in MIS are based on merit. Molly’s performance is excellent and “by the book.”

Sexual Harassment? Those arguing “no” often cite: 1) it was after work hours, we were on our own time, and it wasn’t on company property; 2) it wasn’t a required work activity, so no one needed to be there; and, 3) Molly is neutral in the workplace so whatever she does on her own time doesn’t affect us.

Those arguing “yes” typically cite: 1) everyone knows that work matters are discussed, and if we don’t go, we’re not in the loop; 2) these get-togethers are about teambuilding and if we miss out, we’re not considered part of the team; and, 3) “Molly might be “neutral” at work, but what about her filthy mouth at TGIF’s? I’m offended and I now know who the real Molly is. I don’t feel comfortable.”

These cases are a toss-up; if I were on the jury, I’d vote yes. To me, it’s less about physical location and more about power positions: Molly is the boss, whether she’s sitting at her desk, or across the street at TGIF’s.

For those in doubt, substitute another protected class. For instance, what if Molly were telling anti-Muslin jokes, and Deirdre is Muslim. What will she think? “Wow, Molly knows I’m Muslim, and I’ll never get ahead with her. She’s hates me.”

Whatever the outcome of Deirdre’s complaint, often these seemingly harmless activities come back to haunt the organization. Here, three months later, there was a promotional opportunity in Molly’s group. The candidates were Tammy and Carl. When Carl got the job, Tammy alleged sexual harassment, citing the cussing, dirty jokes and referring to Carl as “honey” and “babe” at TGIF’s as creating a hostile work environment, and the obvious special relationship (clearly Molly and Carl are sleeping together) as quid pro quo sexual harassment.

When Tammy learned that Carl got the job, she marched into Helen HR VP’s office to allege she had been the victim of sexual harassment. Helen retained outside consultant Inez Investigator, to conduct the inquiry. After interviewing Tammy, Molly, Carl, those who attended TGIF’s and Dick, she concluded that Carl was appropriately promoted.

Because the company knew that there might be retaliation against Tammy – retaliation considered worse than the underlying allegation – Tammy would no longer report to Molly; rather, to Molly’s boss, Dick Director.