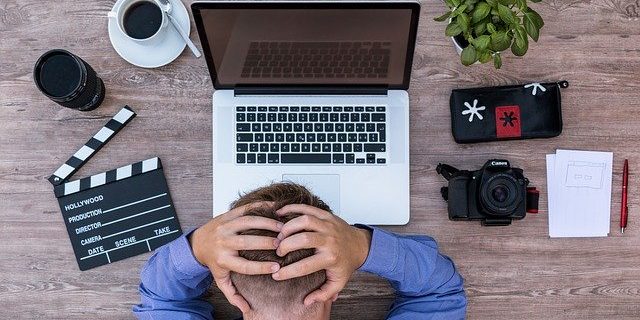 A reader graciously posted the comment “Diana is the Great Communicator,” on the Amazon site adjacent to my book: Consequential Communication in Turbulent Times, a Practical Guide to Leadership. I was, as the saying goes “pleased as punch.” One can never be too smug in these matters, though, particularly because last week I violated one of the book’s tips: I “assumed facts not in evidence,” as we lawyers are fond of saying. Following another of the book’s tips – the power of humility – I laughed at myself, and did a retrospective on the incident: what didn’t work and why, and what will I do differently next time?

Fortunately, my snafu was not catastrophic, merely inconvenient. In this era of Corona Virus, when we are housebound, and infrequently brave the supermarkets, my daughter and I found a recently laid off worker who was offering her services as a shopper. We hired her on the spot, and each compiled a list of much-needed groceries, which we texted to Ingrid, the shopper.

I, however, ended up with two unwanted items, and my daughter ended up with one, two to be precise. Why? Because neither of us was clear in our communications. Each of us assumed the shopper would understand what we meant. We “assumed facts not in evidence.”

In my case, I asked for fresh tomatoes, thinking of heirloom style, or beefsteak sized tomatoes. When the bag arrived, there was a lovely array of different colored mini tomatoes. Perfect for a salad; not so much for a BLT. I also had making a large pot of tomato pasta sauce on my mind and asked for two “green cans of tomato sauce,” when I really meant “two green cans of marinara sauce.” As one might expect, the two cans of tomato sauce arrived. In my daughter’s case, she was thinking of one tri-pack of Romaine lettuce, and, ended up with three packages of three heads of Romaine each. Not sure what she stated . . . however, one can imagine. We did, however, make “lemonade out of lemons,” and had a large salad with different colored tomatoes for our Easter celebration.

Slow Down, Take the Time to Think About Exactly What to Communicate:

Replaying my errors, had I taken a few minutes to think about exactly what I wanted, I would have added a descriptor or two to the request: “three or four medium to large sized red tomatoes – heirloom style or beefsteak.”

Select the Clearest and Most Accurate Words to Describe What is Wanted:

Further, had I thought about the person to whom I was communicating (would Ingrid know what I meant by ‘heirloom style’ or a beefsteak tomato?), I would have selected words that are more commonly used. Also, had I described why I wanted the tomatoes, she would have been more likely to understand what I wanted. Thus, I could have stated: “three or four medium to large red tomatoes to be sliced and used in sandwiches.”

Helpful tip: Explaining the “why” the communication is happening is extremely useful in the workplace. Employees are more willing to participate if they understand the reason/s they have been asked to do something, and also feel good about their contributions if they understand the importance of the request/s. “Juan, mail these letters out,” becomes “Juan, we are $5000.00 short in our fundraising this cycle. That means there are less services we can provide our homeless clients. By mailing out these letters, we may just raise those needed funds.” Juan now sees the important role he is being asked to play and is motivated to do a good job. As the axiom goes, motivated employees are more productive employees. Thus, this communication tip can have direct impact on the organization’s bottom line. Explain the “why” with the “what.”

Because all of this was done via text messaging – to keep our socially responsible distance – we were not able to engage in the to and fro of an in-person dialogue. This makes checking for understanding even more important. None of us wants to appear condescending or patronizing, so it is vital to own it. Thus, the text could have been: “Ingrid, I’m sure in my own mind what tomatoes I’ve asked for. However, I may not have been clear enough. Please let me know what you think I want?” Alternatively, “Ingrid, I am a little fussy when it comes to tomatoes – would you mind taking a picture of what the store has to offer and texting it to me? That way I can give you the thumbs up or the thumbs down.”