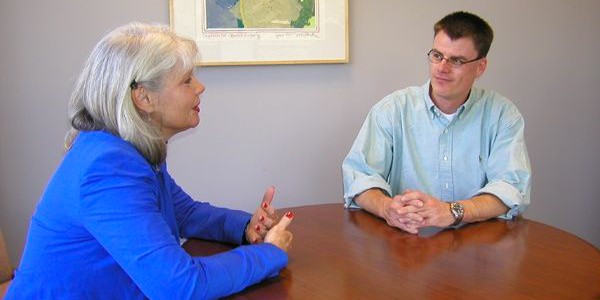 Under any circumstances, receiving positive feedback is both wonderful and motivational. During these uncertain times, all the more so!  And, as pleasing as it is to receive positive feedback, it is equally exhilarating to give it.

This is the sixth in a series of blogs offering communication tips for these turbulent times. The first focused on two key leadership skills: listening and asking, noting that many leaders are great at “telling,” and not as good at listening and asking. The second turned the spotlight on the importance of owning one’s communication by using the word “I” and banishing the word “you,” to almost nil. The third blog focused on how assumptions about what another means can get us into trouble. To coin a legal phrase, it challenged us to avoid “assuming facts not in evidence;” while the fourth blog targeted the importance of communicating with humility and compassion. The fifth post in this series provided actionable tips to “make it easy for them to say yes,” or, how to communicate effectively to seek buy-in and approval from the decision-makers.

Today’s blog reminds us of the power of positive feedback: Not just from the recipients’ point-of-view,  but also for the giver.

Ninety-five percent of the time I’m called to serve as an executive coach the sponsor states to the effect “she’s got all the technical tickets, but lacks people skills.” While digging deeper – I always start with a 360 evaluation – I hear from the individual’s direct reports something like, “I always know when I screw up; but I never hear when I do well.” Hmm.

1) Never be Phony or Fake – You can Smell a Rat a Mile Away: Surely within the course of a week at least one individual will have done something for the leader, for which she can show gratitude – by thanking him or her – and someone else will have gone above and beyond or simply completed a task exceptionally well, for which the leader can offer praise.

2) Praise in Public, Offer Constructive Criticism in Private: With minor exceptions, most of us like to be praised, thanked or shown gratitude in public. Conversely, none of us likes to be chewed out in public.

3) When Giving Constructive Criticism, Follow the Two-for-One Rule: Two Positives for Every Negative: Why? To ensure the person will hear what is being said, which is critical when mistakes or underperformance need to be addressed.

4) If One Violates Any of the Tips, Apologize: None of us is perfect, particularly when it comes to Giving Feedback; when one goofs, acknowledge it and apologize.

Never be Phony or Fake – You can Smell a Rat a Mile Away:

A Story: As so regularly happened, when I commenced coaching an SVP of a major entertainment firm (“He’s got all the technical tickets, but lacks ‘people skills’,”) his subordinates across-the-board stated “he always tells me when I mess-up; however, he never tells me when I do well.” As one of his homework assignments, he was asked not to be phony or fake; however, surely within the course of a week there would be someone within his group that will have done something nice for him to which he could say “thank you;” while someone else will have done a good or even exceptional job on a task for which she or he could be praised. The homework: do it!

The result: Having added this tool to his leadership toolkit, within three months, the motivation of his team sky-rocketed, hence productivity improved, and people from other departments clamored to come work for him. Why? Because the word was out: all were eager for praise or just plain acknowledgement, and he delivered. At the conclusion of the coaching assignment – six months later – the follow-up 360 performance evaluation duly noted his positive and motivational leadership style. As important as the turn-around in the workplace, he started looking for people to do the right things, rather than dwell in the negative, looking for errors. He was happier, and a far more pleasant person to be around.

Praising in public is what the SVP of the entertainment company learned to do. Over time, it became second nature to him: “Jim, thanks for putting paper in the copier,” “Mary Jo, I noticed you brought in donuts for the team, thank you.” Or, “Jasmine, well done on getting that assignment up to the CEO on time. Much appreciated,” or “Good job Henry on that financial projection. I couldn’t have done it better myself.”

The flipside of praising in public, which is offering constructive criticism in private, can be a challenge. This seemingly simple management tool – that each leader knows – is frequently put to the test when something goes wrong and the limbic cortex response (e.g., the “lizard brain”) spurs that almost instantaneous reaction, causing the leader to blurt out criticism, on-the-spot and in public, a la “how could you do that?” “I can’t believe you said that to the big boss,” or, “what were you thinking?” In the moments when something goes wrong, it’s extremely important for the leader to say nothing (zip the lip) until he is composed, and then to invite the employee into his office. Many of us have made that mistake, so need for a story here. (See the importance of apology below.)

When Giving Constructive Criticism, Follow the Two-for-One Rule: Two Positives for Every Negative:

Admittedly, this is one of those coaching tips I offer that is frequently met with rolling eyes, and whether expressed verbally or not what is clearly communicated is “oh brother,” or less delicately “that’s a bunch of BS.” There is a strategic purpose to this, which is, simply, the giver of the negative criticism wants/needs the recipient to hear what is being said. By leading with the negative, the recipient’s lizard brain is likely to respond, and she or he will become defensive or simply block out what is being said. By leading with positive, the recipient hears.

If an assignment was late, which turned out to be fatal, the leader could say “Jamie, I liked the presentation of the project, and the conclusions drawn; however, it was late, which meant for all intents and purposes, it wasn’t done. This has reflected poorly on the department. Assignments need to be on time, and when having difficulty meeting deadlines, employees must come to me for help beforehand. In future, this is what I expect, and anything less could lead to disciplinary action.” Or, the assignment was on time, and the conclusion flawed. “Jamie, glad you got the assignment done on time, and the presentation style met the mark. However, the conclusion didn’t seem to track with the analysis. Tell me what I missed; convince me that I’m wrong?” That will start a dialogue, and could present an opportunity for coaching Jamie to success.

If One Violates Any of the Tips, Apologize:

Giving feedback is a crucial leadership skill that many avoid – from neophytes to seasoned leaders – largely because of the fear of giving negative feedback, and the potential for volatile outcomes. Sadly, by failing to give feedback frequently, when something goes awry – or perhaps is the proverbial “straw that broke the camel’s back” – many leaders make the mistake of giving into the lizard brain and dressing down an employee in public in less than professional or constructive language. When this happens, apologize. “Sue, I shouldn’t have called you out in yesterday’s staff meeting. I’m sorry. However, I do want to address the issue with you in my office later today. Meet me there at 3:00.”

To Recap: Tips for Giving Feedback: Positive or Negative

3) When Giving Constructive Criticism, Follow the Two-for-One Rule: Two Positives for Every Negative

4) If One Violates Any of the Tips, Apologize