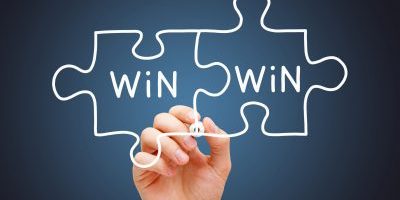 It’s rather ironic that I am posting this blog on what would have been my dear old dad’s birthday: He and I often didn’t see eye-to-eye, and were in conflict on many issues – from the rather mundane, as in what time I needed to be home at night – to the more profound – should America be sending its young men to fight the war in Vietnam? The adage “spare the rod and spoil the child,” wasn’t on his generation’s radar screen, and my mouth was washed out with soap on more than one occasion. Were those conflicts resolved or managed? They may have been “resolved” from the standpoint of his power position over me – if I wasn’t home at the appointed hour, I would be grounded. But, the differences in the underlying issues were not – such as what is a reasonable time for a teenager to come home?

Essentially, there are two schools of thought: we either resolve conflicts or manage them. I am of the latter school, believing that conflicts are based on those with differing, yet closely held values. Thus, rarely can they be resolved, merely managed: One is unlikely to throw over his or her values; however, she or he may be willing to seek consensus around areas of agreement. Further, conflicts can escalate when those with the different beliefs express them in “fighting words,” especially when the fighting words are directed at others with different values, hence beliefs.

Think of one of the most contentious values-based issues of our time: abortion, AKA, a woman’s right to choose. (As I write, there are people gathering in cities nation-wide to protest recently-adopted anti-abortion laws in several states, with those in support also exercising their First Amendment rights to rally around their support of these legislative acts.)

Even the phrases we use to describe the matter are riddled with value-laden words, and offer up images that are range from neutral to graphic, disdainful, disturbing and clearly fighting:

If one were to look at the meaning of the words alone, could not a person be both pro-choice and pro-life? Could a fictional woman believe that others could decide whether to have an abortion, while she would not choose to do so? This fictional woman would therefore acknowledge that woman have a right to chose whether to have an abortion; and, while others might chose to do so, her personal choice would be not to.

It is doubtful that the conflict between the two sides will ever be resolved because the underlying belief systems – based on deeply-held values, whether from religious beliefs, culture, history or experience – will never be resolved. The Courts may decide what our society will sanction as appropriate; however, the underlying value-based views won’t be resolved. Yet, they can be managed.

Process for Managing Conflict: The Goal is to Find the “Win-Win”

Example: Finding the Win-Win on Abortion or Choice