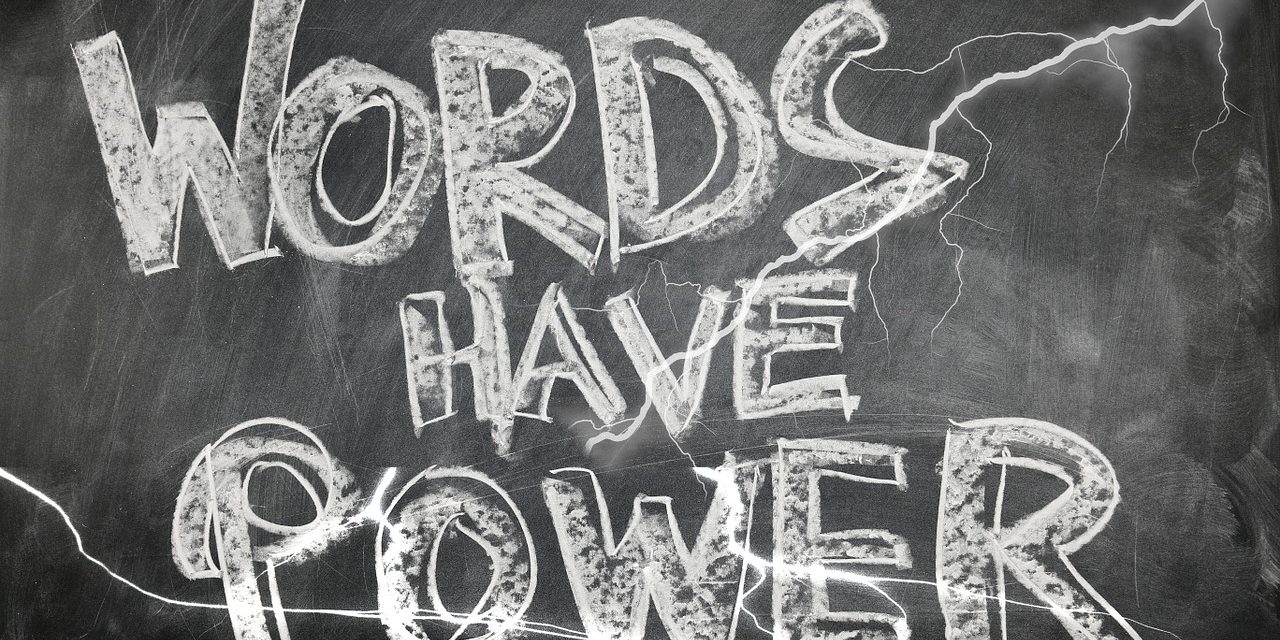 Image by Gerd Altmann from Pixabay

“Words matter,” have been on the lips and fingertips of many. My own response: “true that,” yet has the phrase been defined, let alone put into action? What does it mean anyway? For me, it means carefully selecting words and phrases that both reflect what is intended and will begin to heal the great divide in our country.

Having spent the better part of this nascent year reflecting on words, intentions and healing the divide, two examples of what not to communicate spring to mind. First, while watching a news program it was announced that Senate Minority Leader Mitch McConnell “caved,” having dropped a requirement for something to do with Senate rules. During the same week, I listened to a speaker (on zoom, of course), who extolled the virtues of those who said, “defund the police.” Do either of these comments contribute to a dialogue? For me, neither adds to the long and winding road we must all take in 2021 to begin to heal the wounds of 2020. Whether the remarks reflect the intentions, we will never know.

What if the newscaster said instead “Senator Mitch McConnell withdrew his objections . . .” Or, if the speaker had said “reallocate some police funds . . .”

Tip #1 – Be Strategic: Ask What is the Aim of the Communication?

Example #1:The Newscaster – One can never know what the motivation of another is (although many ascribe motivation to others), however, we can speculate. Did the newscaster who stated that “McConnell caved . . .” aim to launch a divisive dialogue? Did he intend to one-up McConnell, shame him, get the upper hand with him? Perhaps the newscaster used what could be perceived as fighting words to further divide the country? Who knows? We never will unless he tells us.

Let’s assume that the newscaster’s aim or intent was completely innocuous. If so, the word selection could have the impact of alienating those who support McConnell. Had the newscaster been true to his mission: stating acts, facts and events, wouldn’t he have said “McConnell withdrew his objection. . .” or something equally neutral?

Example #2:The Speaker – If the speaker said “redirect police funds,” versus “defund the police,” he certainly would have been in sync with the majority of Americans, and gone on record as supporting the notion of fund reallocation. A 2020 poll conducted by the research firm of PerryUndem of 1,115 adults, revealed that when it comes to public opinion, words matter: the way the question was phrased made all the difference. When asked how these citizens felt about redirecting some taxpayer funds from the police to other agencies, 72% indicated they approved of reallocating some funds to mental health. Hmm. Words do matter.

Tip #2 – Try out the Communication With Someone Else to Learn if it Meets the Aim, and Inquire What She or He Understood

A story that explains it all . . . As a young Corporate Secretary for the major investor-owned electric utility in Southern California, I was charged with drafting the agenda and gathering information from various departments for the then monthly board of director meetings. Departments would often send in “bullets” to be shared with the board. Most bullets were riddled throughout with acronyms and utility buzzwords. I know that many found my habit of calling them up and asking numerous questions annoying; however, I assumed if I didn’t understand what this or that word meant, it was likely others wouldn’t understand either.

Here is where the third tip comes into play.

Tip #3 If the Individual Understood Something Other than What was Intended, Reframe the Communication

Once I completed the ongoing monthly chore of asking for clarification from the various departments, I would rewrite the comments into what I thought were simple, easy-to-read and (hopefully) understandable remarks. Next, I would ask someone in the department at random what she or he understood the remark to mean. If the person understood what I intended, BINGO: the remark would stand and be sent out with the board materials. If the individual didn’t understand the intended communication, it was back to the drawing board for me. I would rewrite until the intention was clear and understandable. Sometimes the rewriting process took several tries to get it right.

What if . . . either the newscaster or the speaker had adopted this practice? Odds are the comments would have been different.