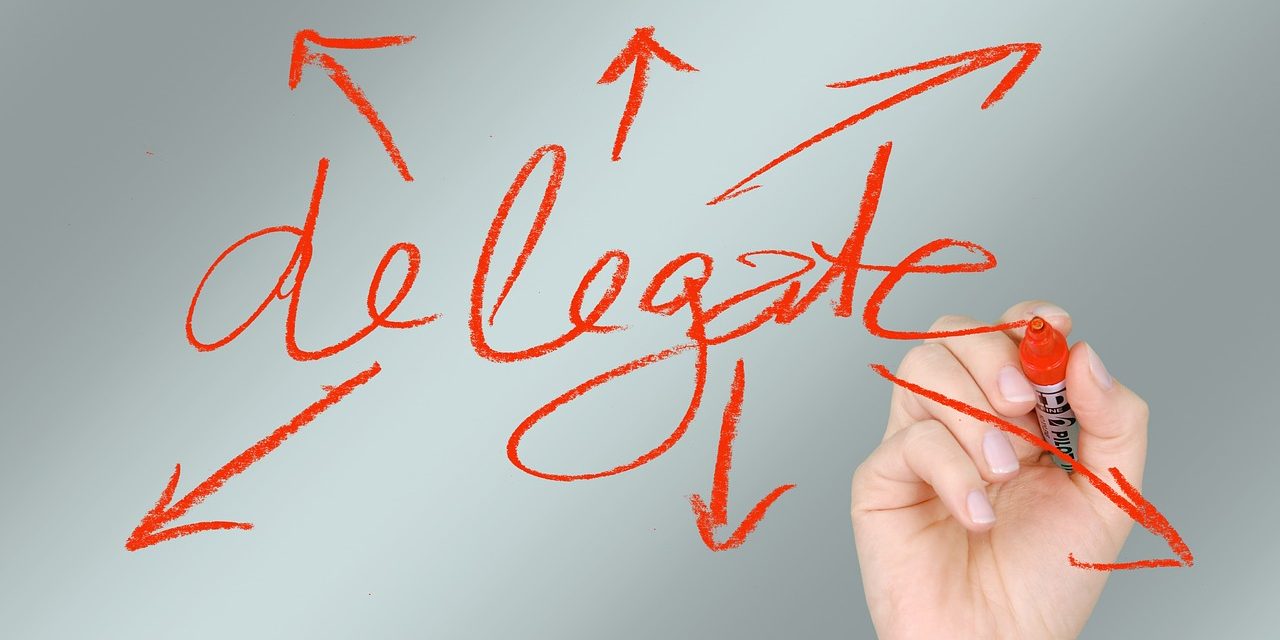 All too frequently, supervisors and managers avoid delegating because “it’s easier to do it myself;” “it takes too long to explain,” “I can do it better anyway;” and, “isn’t it my job to do this?” These are four of the most common reasons managers give for sidestepping delegation. Digging deeper, however, can’t we add the following to the list? “how do I delegate anyway?” “how do I know how much to delegate?” “what if my idea is better, should I substitute my good judgment?” or, “if I delegate this task to someone else, what value do I add?”

Delegation is a Vital Skill Set for Managers — The Five Tips:

Tip #1: Delegate to Results, Not Process

Wow – that sounds like a pithy statement; however, what does it mean?

In brief, what is the goal, or end result of the delegated task or project? Asked another way, the delegation will have been successful, if what is the end product? This requires the delegator to spend the time up-front to know what the ultimate goal is. A “drive-by” delegation often results in an unfortunate result.

A story is useful here. Imagine that a nonprofit was just awarded a $500,000.00 grant from the county to house homeless veterans. The CEO delegated writing the thank-you letter for her signature to the Program Director. The Program Director wrote the letter, it contained all the facts and was grammatically correct. However, the CEO just didn’t like the style; should she change the letter?

While thinking about the answer, let’s move on to the next tips before we answer that question.

What if the CEO thought through the entire process and knew that she prized her own writing style, and that it could be problematic if the letter wasn’t reflective of that style. She could have:

Tip #3: Provide the Tools to Get the Job Done

This entails delivering the resources needed, which could be time, treasure, knowledge, equipment, removing other projects from the employee’s plate, and/or granting the delegatee access to others. Had the CEO done that in this case, she would have:

None of us likes someone looking over our shoulder while we work. In addition to adding to the stress level, we often don’t produce our best work. By the same token, delegating something big or small is risky business and the Manager wants to ensure that it is what she or he wanted. After all, the buck stops, ultimately, with the Manager, or in our story, the CEO. Here, she could have:

Tip #5 Resist the Temptation to Substitute Your Excellent Solution

If the solution, which in this case was a letter for the CEO’s signature met the goal, e.g., it stated all the facts, was thankful for the grant and was grammatically correct, the CEO should not substitute her “better” style for that of the Program Director. After all, if she felt that strongly about her style, she should have written it herself!

Returning to the question above: “The Program Director wrote the letter; it contained all the facts and was grammatically correct. However, the CEO just didn’t like the style, should she change the letter?” The answer is a resounding NO.

Had she followed the five tips, what would have been the value-added by the CEO in delegating this assignment?
For the Program Director:

The five vital steps for a successful delegation:

Image by Gerd Altmann from Pixabay .