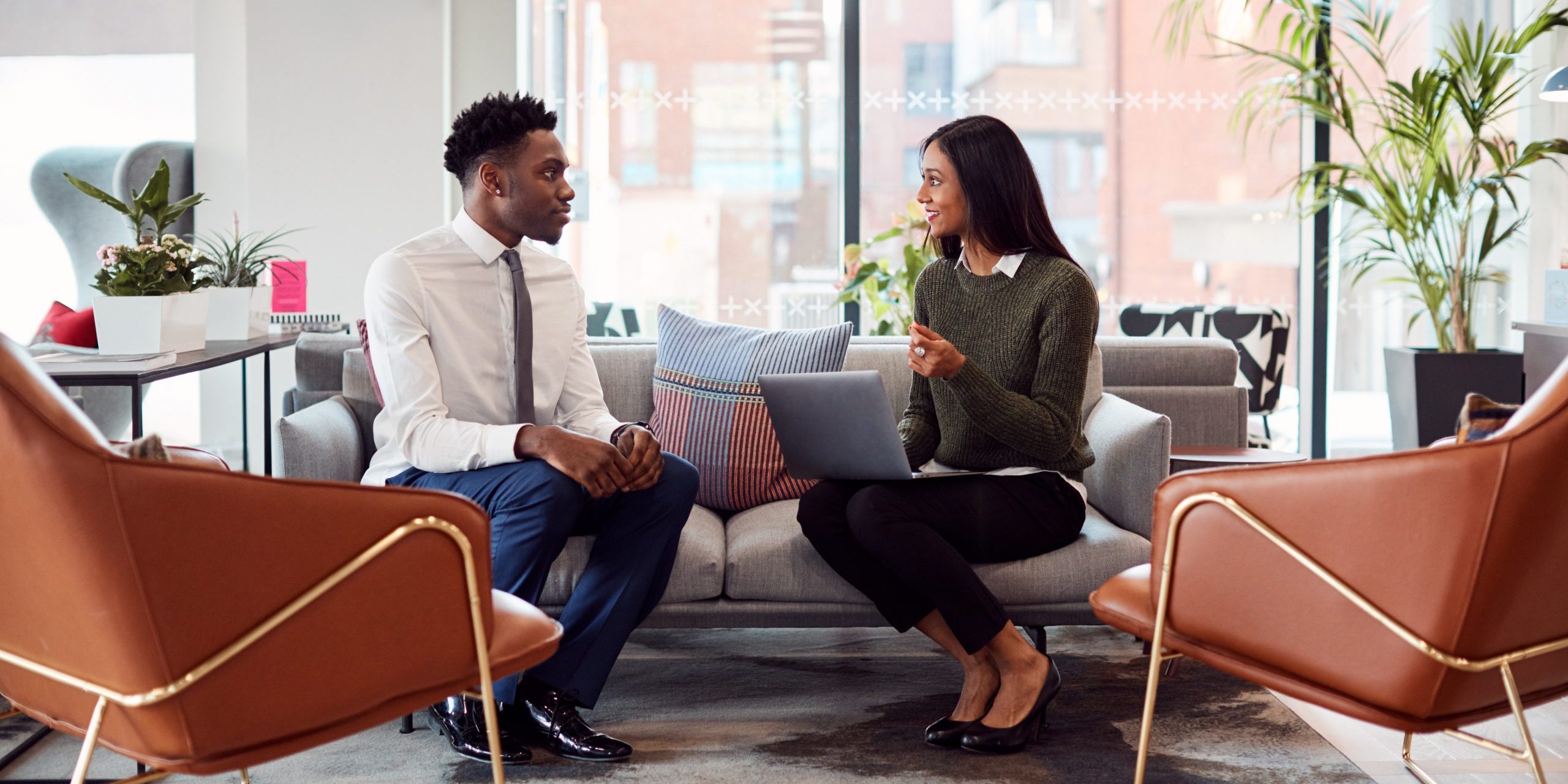 Last month, we posted “Three Tips to Implement Now to Improve Communication On The Job.” Today, we’re adding three more to the list, recognizing that many of us are transitioning back to the workplace, or at least transitioning to a hybrid-working environment. Intentional, clear, and effective communication can always be challenging. However, never more so than in these changing times.

Research, presentations, posts and stories abound on how to maximize and enhance communication. Here are three more actionable, and easy-to-implement tips for the workplace to implement now to improve communication on the job.

The late, great Stephen Covey, in his “Seven Habits” series, focused on being strategic, or, in his words to “begin with the end in mind.” This requires us to think through the purpose or aim of the communication, and then to develop a communication strategy to get there. Three “how to’s,” to improve communication on the job include:

Malcolm Manager handed in a financial spreadsheet to Barbara Boss. Unfortunately, he left out some key components. The agency’s board meeting was two days away, and Barbara needed the corrected spreadsheet by day’s end. Being strategic, Barbara determined:

This is how it unfolded. “Malcolm, I guess I wasn’t clear, since three vital financial areas were left out of the spreadsheet, so meet me in my office in ten minutes. Because we are under a tight time frame, I’ve asked Esther, Juan and Desiree to join us since each works in a discipline representing one of the  areas missing.” At the conclusion of the meeting, Barbara concluded with, “To ensure I was clear, please go back to your offices, and send me an email, copying all the others who are here confirming what each of you will do by no later than 4:30 pm today.”

Outcome: Barbara got what she wanted and was able to get it to the Board members in advance of the meeting . . . what if Barbara had employed this technique initially? Would she have received what she wanted/needed?

This may sound surprising; however, there are bosses who have no idea how much power their words have over their employees. A favorite story of mine is a client who is an extrovert – outgoing, gregarious, fun to be around — and a CPA. He enjoys thinking out loud by tossing around ideas and engaging in give-and-take. Additionally, he toiled for years as a partner in a large CPA firm, where he felt stifled in a world of introverts, with little of the communication interaction he so desired. He had no fun at the water cooler.

Having landed his “perfect job,” as Audit VP for a large multinational firm, he hosted a three-day off-site filled with personality assessments, team building, meals at fine restaurants, and evenings full of social frivolity. He was in his element.

On the second day, while reviewing the teams’ collective communications styles, he learned that the majority were introverts, hanging on to every word he said. He was devastated when a brave soul asked him NOT to ask their opinions on various projects unless he intended to use them.

After a heartfelt conversation, the group agreed to three ground rules:

The team responded by allocating time and effort accordingly. They would work hard if any good idea could fly; they would put in less work if there was a 50/50 chance; and, little to no work if the boss’ mind were pretty much made up.

Tip#3 – Give and Seek Feedback: Positive and Constructive

Jack Zenger and Joseph Folkman compiled data – worldwide – on employee feedback. It was no great surprise to learn that most of us love getting feedback – positive or negative – while we hate giving it. This was driven home to me as a facilitator of the top 500 leaders in one of the nation’s largest municipal utilities.

The reasons cited by those leaders undoubtedly will ring true for you:

Yet, when these same leaders were asked why they wanted to receive feedback, they:

Assuming team members would want the same, I have found that starting with the positive feedback allows the employee to better accept the negative, or constructive. So, without being phony or fake, surely the individual will have done something above and beyond that deserves a “thank you;” and has earned an “attaboy” or “attagirl.” Simply stated, acknowledge it! I follow the “two-for-one rule” – two positives for every “aw shucks.” (Research confirms that feedback must come from trustworthy sources: be sincere.) Once the individual is listening, and feeling comfortable, time to discuss the areas of improvement.

Finally, “practice what you preach,” and seek feedback from others. By modeling the “two-for-one rule,” and always being authentic, sincere and honest, the same should come back to you!

To Recap: Three More Tips to Implement Now to Improve Communication On The Job