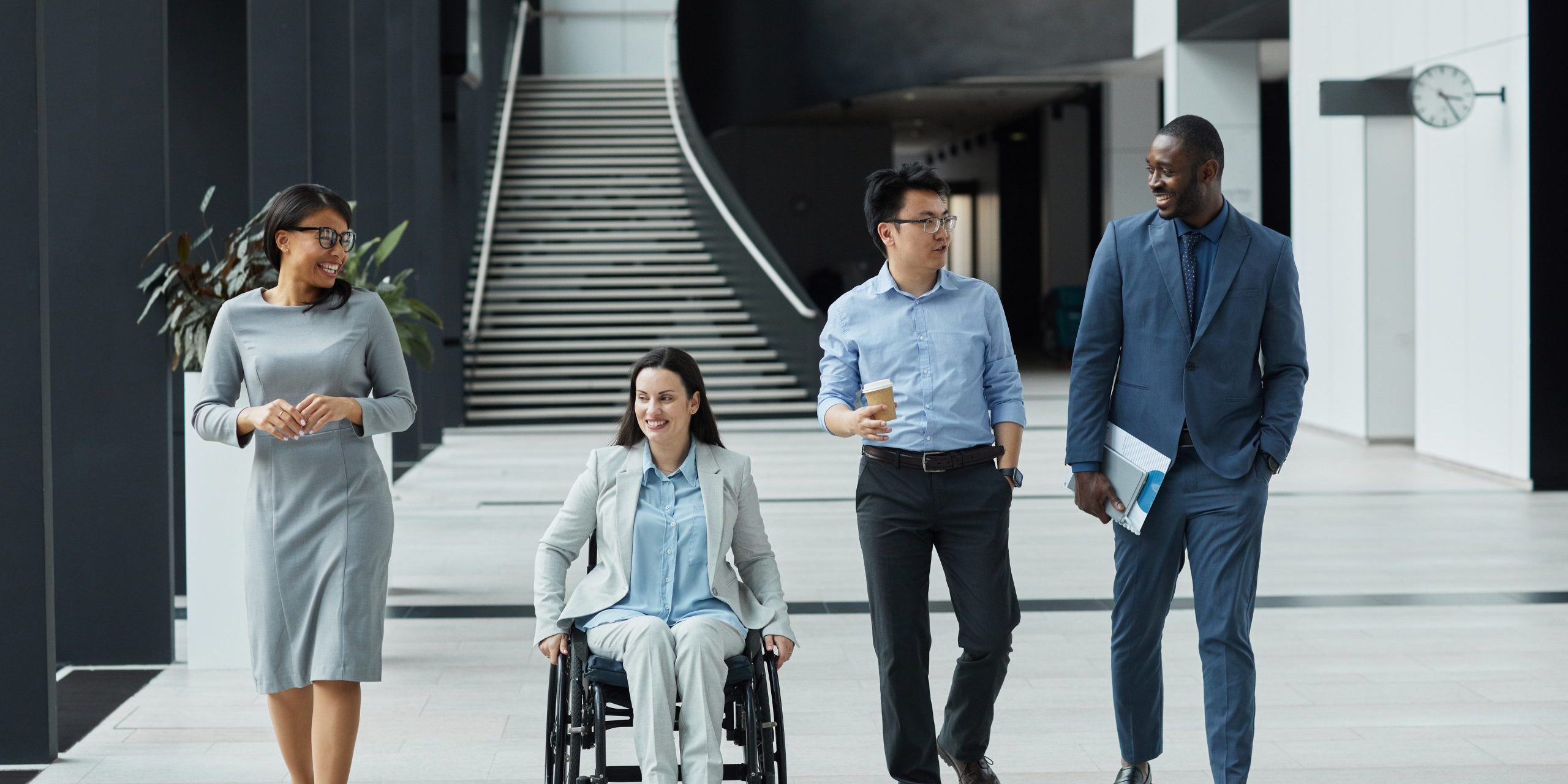 Diversity is a wonderful thing. The benefits abound: a McKinsey study found that diverse boards of directors generate better returns and more money; a Tuft’s study concluded that diverse groups uncover more angles when serving on mock juries (which underscores the value all the more so); a combined study by Columbia, MIT, University of Texas-Dallas and Northwestern found that stock picks by diverse teams experienced 58% better returns than those by homogeneous groups; new viewpoints lead to better results, found a study by Northwestern and BYU; and, diverse teams develop better products, revealed a study by Scientific American. WOW.

In addition to all of the studies confirming the value of diversity in the workplace, those of us who have benefited from the learning that takes place within diverse groups, just like it! Fortunately, I was born and raised in what I call “the United States of California,” specifically the LA area, so my whole life has been filled with diversity – schoolmates, friends, boyfriends, colleagues, and clients. Nevertheless, there are also studies that support the notion that Americans tend to “self-segregate.” This most often shows up in social settings or on the Internet, which is another topic for another day.

This blog focuses on the miscommunications that can take place in richly diverse workplaces, examples of some, and then how to combat them.

The Legal Standard for Diversity and Communication

At the outset, it’s helpful to remember that in the vast majority of American jurisprudence, one looks at two things when assessing culpability: first, the act committed; and, second, the intent of the person who committed the act. This is why homicide can range from negligent to manslaughter to 2nd degree or first-degree murder: sadly, the victim is killed in all instances. The degree of culpability for the perpetrator, and thus, her or his punishment, is based upon the intent. Did she/he intend to kill the victim?

Not so in all areas either enumerated in Title VII, the Civil Rights Act of 1964, or developed over time through what is known as “case-made law,” or the judicial “holdings,” or decisions of lawsuits. The measure of culpability is not what the perpetrator intended with his or her conduct, but rather how the victim perceived or felt about the conduct.

There was a period in my consulting life during which I traveled across the country a week a month to assist a healthcare organization. All of the constituent groups were diverse: the employees, the leadership, the client-patients, and the neighborhood. Many of the client-patients were monolingual Spanish, and to communicate with them one needed to speak Spanish. This phenomenon also occurs with some frequency in the LA area, including with some of my clients. Today, one hears a multiplicity of other languages spoken in the greater LA area, too, notably Chinese.

How about the many healthcare organizations, also in LA and environs, where a majority of the nursing staff is Filipino, and the language spoken is Tagalog. What about that? Or, the very diverse child care nonprofit, where half of those in the Finance department were Filipino and spoke Tagalog, and the balance of the team represented various other races, ethnicities, and languages? Then there was the nonprofit agency serving the Chinese; half of the staff spoke Chinese and the balance spoke Spanish. There are doubtless numerous other examples; however, these are all clients I’ve worked with.

So, What Language is Appropriate in the Workplace?

And, the answer is: English, the common language shared by all. An employee is often called upon to translate into another language to assist a client and/or patient. That is perfectly acceptable. However, when working with colleagues, it is not. Although we may all be adults, when employees speak in a language other than English, we often revert to our younger selves and feel left out, and often conclude that we are the topic of conversation! Sadly, often it is.

More problematic are words or phrases that have one meaning in the native language, and another in English.

The east-coast healthcare client referred to earlier, employed many Certified Nurse Assistants (CNA). Some of whom were immigrants from “the islands.” Referring to elderly patients as Mami (female) and Papi (male) was done so as terms of endearment. Thus, the CNAs who used these expressions did so out of the best of intentions. But regardless of the intent, complaints came in, largely from the non-Hispanic patients. While training the group, and to make a graphic point, I mentioned that I already had three children. Thus, I was not anyone else’s Mami, and would not appreciate being called such. The group responded with shocked silence when I made that statement, with apologies all around. Clearly, they had good-hearted intent; however, the perception was not.

Another matter that surfaced concerned the employees who left on their voicemail the concluding phrase “. . .and have a blessed day.” Fellow employees and members of the public who did not appreciate the comment complained. Again, well-meaning and good-intentioned employees were advised to remove the phrase. Not all of those who heard the comment shared the same religious sentiment.

Closer to home, a local nonprofit with an exceptionally diverse workforce received a complaint of a hostile work environment. It came from one of its African American employees who some Latino employees referred to as “Morena.” This means “black girl” in Spanish. Retained to conduct diversity and inclusion training after an internal investigation had been conducted, the ice breaker I used was a list of statements that surfaced during the investigation. All of which could be perceived as negative, depending upon who heard them. Out of the gates, as it were, a senior executive raised his hand. He stated, “I have two sons, one of whom is light-skinned, and the other of whom is dark-skinned. We call the first one blanco (white), and the second one moreno (black). Both of which are terms of endearment.” Yet again, the comments made were well-meaning and good-intentioned; however, the receiver took offense.

At about the same time as the morena investigation, and in the course of some harassment prevention training, one of the participants mentioned a hostile work environment lawsuit for which he testified as an expert witness. It turned out that a largely Latino workforce referred to an African American colleague as berenjena, or eggplant in Spanish. Over time, the employee started to refer to himself as berenjena, thinking it was a term of endearment. Alas, when he discovered the term was negative in Spanish, the employee sued the employer.

In all instances, had the employees who made the statements followed the old adage of “walking a mile in another’s shoes, moccasins, high heels, jackboots” or whatever footwear applies, and/or taken the conservative approach and either said nothing or used a neutral word, and/or asked the employee himself/herself, these unfortunate and unhappy situations might have been avoided. This means each of us should think about how someone else might interpret or understand a word or phrase we use. Rather than how we intended it. As the saying goes “one person’s art is another person’s pornography.” This is particularly true in diverse environments. Also, is it really appropriate to call or refer to a colleague as anything other than her or his name?